Western Greece. An inspired choice. An ancient land blessed with modern ideals that remains true to itself and its visitors. Picture a rising sun, spreading its energy and light towards the west, and the sacred ritual of the Olympic torch-lighting ceremony in full flow.

The flame – a symbol of purity, hope and togetherness, borne only from the sun’s rays – sheds its light on a region of Greece that remains as true to its roots today as it did when it gave birth to the Olympic Games all those years ago.

Northbound, past the wetlands of Messolonghi and the fertile plain of Agrinio, imbued by carnival spirit of Patras and blessed by a sandy coastline of Ilia to the south, and then eastwards along rivers and mountain paths and up the slopes of Kalavryta, Western Greece draws travellers of all types, for all seasons.

In its soul, lies the eternal symbolism of Ancient Olympia, birthplace of the greatest show of ambition and sportsmanship on earth. And at its heart, spanning the Gulf of Patras and joining the region’s north and south, the Rio-Antirio Bridge – the world’s longest cable-stayed suspension bridge – stands as a symbol of modernity and unity, striking a welcoming note for travellers from all directions.

This is a land that will guide you according to your travelling style: culture and religion, nature and wellness, nightlife and gastronomy, and in the timeless appeal of sun & sea… all found in abundance. Wines, cheeses and other protected designation of origin products appearing at every turn, a gift of the land and a tribute to the people who have nurtured its produce.

And, in whichever direction you choose to turn, there is a landscape to draw admiration and respect – birdwatcher, hiker, rafter and even snow skier, you’re called to harness the power of nature in your own way. An uplifting spirit pervades this world. Along the stretches of sandy beachfront, where couples soak up the sun’s rays and groups of friends hang out in beach bars. On sailing boats, driven only by the power of the wind, even onto the streets of Patras where, each year, the city’s abundant energy spills over into a joyous carnival that runs both day and night. 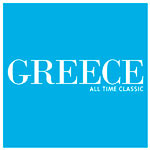